Prime Minister Justin Trudeau has called a byelection for the Quebec riding of Chicoutimi-Le Fjord, only days after pledging $60 million in federal funding for an aluminum-smelting project in the area.

Voters in the riding will head to the polls on June 18 to elect a new member of Parliament, after first-term Liberal MP Denis Lemieux announced his resignation due to family reasons late last year.

Trudeau announced the byelection on Sunday, three days after visiting the riding with Quebec Premier Philippe Couillard, where the two offered financial support for a $558-million prototype aluminum smelter. 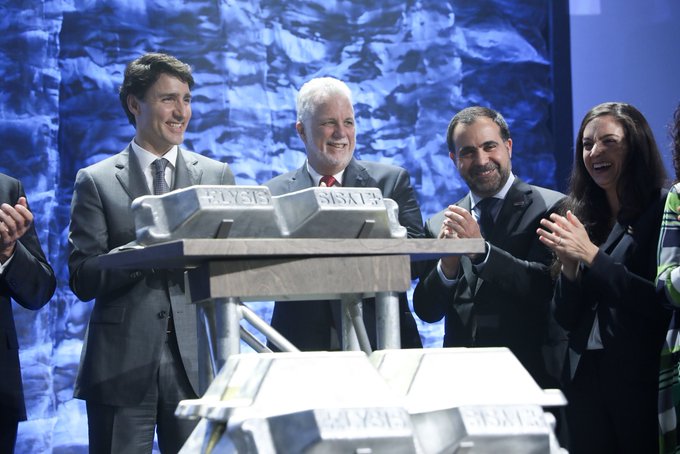 Today’s announcement with @Alcoa, @RioTinto, @Apple, and the government of Quebec will create & maintain thousands of jobs for Canadians, reduce Canada’s carbon footprint, and strengthen the aluminum industry in North America. Find out how: http://bit.ly/2IcAGSv

The project, a joint venture between aluminum giants Alcoa and Rio Tinto, is being billed as the first carbon-free smelter in the world.

But opposition parties criticized the prime minister last week for making the funding announcement only days before he was due to call the byelection, saying the move smacked of cheap political tricks.

Chicoutimi-Le Fjord has swung between various political parties over the decades and was hotly contested in the last federal election, as Lemieux narrowly beat out incumbent NDP MP Dany Morin by 600 votes.