1,100 US Marines to head to southern border in advance of migrant caravan

By: Tom Langstrom
In: News, US
Tagged: Mexico

Approximately 1,100 U.S. Marines out of Camp Pendleton in California have orders to prepare to head to the U.S.-Mexico border in support of Operation Faithful Patriot, in advance of the thousands of migrants headed through Mexico toward the United States.

Marines from Special Purpose Marine Air-Ground Task Force 7, made up of logistics and engineering experts, have not been sent just yet but are awaiting positioning directions, Fox 5 News reported on Friday, citing Defense Department sources.

Last week, Trump said that up to 15,000 troops could be sent to the southern border – which would be more than double the 7,000 troops that are to be stationed there already – in advance of the migrant caravan making its way through Mexico to the United States.

This, after it was announced earlier last week that an additional 5,200 troops would deploy to the border, with 2,000 troops on standby. Such a number of troops is comparable to the number of troops currently deployed to Afghanistan.

There are several ongoing, concurrent missions taking place at the southern border, and about 2,100 National Guard troops had already been deployed since the spring.

The ongoing missions are:

It has been reported that not all deployed troops will be armed at the U.S.-Mexico border.

The first 100 troops were sent to the border ahead of the weekend, and were making preliminary valuations at the border’s port of entry in Texas.

The caravan of about 3,500 migrants, who plan to seek asylum in the U.S., is still crossing Mexico and said to be weeks away from the border.

As the caravan makes its way through Mexico, it has experienced violence, injury and death.

Migrants have used sticks and thrown rocks at Mexican authorities who have tried to stop them,according to Fox News.

In response, Trump said last week, “I will tell you this: anybody throwing stones, rocks – like they did to Mexico and the Mexican military, Mexican police – where they badly hurt police and soldiers – we will consider that a firearm, because there’s not much difference when you get hit in the face with a rock.” 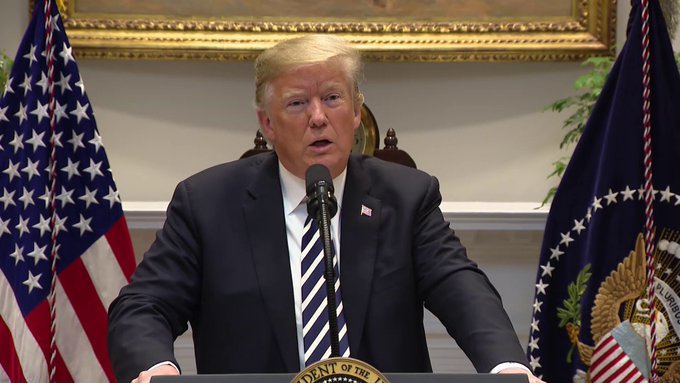 Asked if he envisions the US military firing at migrants at the border, President Trump says: “I hope not.”

“I will tell you this, anybody throwing stones, rocks … we will consider that a firearm, because there’s not much difference when you get hit in the face with a rock.”